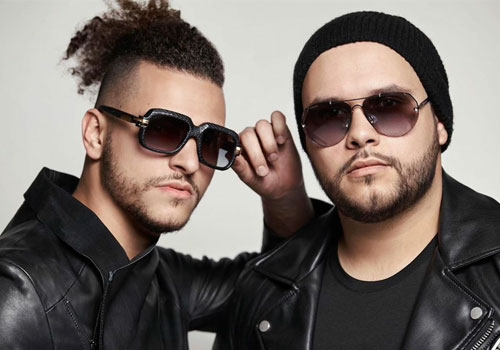 Singing, writing, and composing music before they were even teenagers, the multi-talented Pop, Latin and Rock singing duo of brothers Manny & Dave has headlined the Disney Springs Summer Celebration event in Orlando, FL, multiple times.  They have also released multiple EPs and singles that have included a Demo single, "2016," that hit 3 million views on Facebook in the first 2 weeks of its release and continues since 2016 to garner more than 662,000 streams on Spotify.

Their first major project as a duo was begun in 2008 as "Sleeping Sunset," recording YouTube covers of popular and favorite songs.  Along the way, they began writing original music for the project, soon becoming a full-fledged Pop-Latin-Rock band performing in local venues throughout Florida.

They released their first studio EP, "Extra! Extra! Sing All About It!" in 2011, packed with songs they had been singing for years prior and performing those songs for years after.  In 2015, they released their first single, which introduced their new Modern Top 40s sound, titled "Over It," followed by their second and third singles in 2016 -- "I Don't Wanna Grow Up feat.  Marty Mar of Social Club" with the help of Radio Disney and "2016," which has garnered millions of Facebook views.

Since signing with Russell Webster of 4EYMG in 2019, they've been working on new Manny & Dave projects that have a strong sense of Modern Electronic Pop along with numerous elements coming from their Spanish and Rock roots, from guitar-based instrumentals to vocals with a Latin/Rock edge. They're also branching out in their song writing, continuing to write their own work but also working with other writers and co-producers in studio productions in order to bring a fresh outside perspective to their work and sound.  And they're continuing Sleeping Sunset projects, but solely for future Pop Rock releases.

Born into a family of musicians, these two musical talents from Orlando, Florida, were encouraged in music ever since they were born.  Manny was 8 years old when he started learning classical piano with an instructor.  When Dave was 6, he started lessons in all-around drums and percussion.  Manny was about 10 years old when he attempted to write his first love song and was instantly hooked. Since that moment on, both have been writing and arranging their own original music as well as putting together bands and groups of musicians to perform their material.  Through the years Manny & Dave have each learned multiple instruments such as guitar, bass, ukulele, drums, percussion, piano, and more. They've also learned how to produce music in the studio at professional quality.

When Dave was about 12 years old, he joined his brother Manny, then 13 years old, in the songwriting process.  The first song they wrote together, "I Wait Here," was for their Sleeping Sunset project. Eight years later, it was released free of charge for Valentine's Day on their Bandcamp page in an EP titled "Love Songs EP."  Since that time, they have been taking equal part in creating original content. From writing to musical arrangement to studio production, some are created solely by Manny, some by David, and some done together, but always with both brothers' input in the final editing.

"Music has been kind of like our life Diary to an extent. We've been able to heal through writing about very painful and terrible situations as well as it has helped us celebrate through some amazing experiences.  Once you listen to our music, you'll realize we try to keep it very transparent so the listener can feel what we were feeling during the writing process of these songs whether grief or joy."

Manny says "Dave is a lot goofier than you might expect from first impressions.  He always has a strange hilarious remark for any situation and will keep you on your toes."  Manny shares some of those characteristics as well and bounces back and forth with Dave, but he is a bit more reserved offstage than you might expect from watching his energetic and outgoing persona on stage.

"We just love making and performing music. The stage is a home for us to just feel free and have fun. We love writing music that makes the listener feel strong emotions, whether it is love, angst, excitement, or sorrow. There is nothing cooler than having a stranger relate to words and heal from things you wrote onto your personal diary."

Manny and Dave are striving every day to make their art a full-time career that makes a real difference in everyone's lives.

"We want to leave an imprint in the music industry that will last forever. We want our music to make us immortal because of the accomplishments we reach. We want to change people's lives with our words and our sounds. And we want to glorify God while doing it all. If God gave us the talent, we want to give it all back at its highest potential. Let's get to the top!"